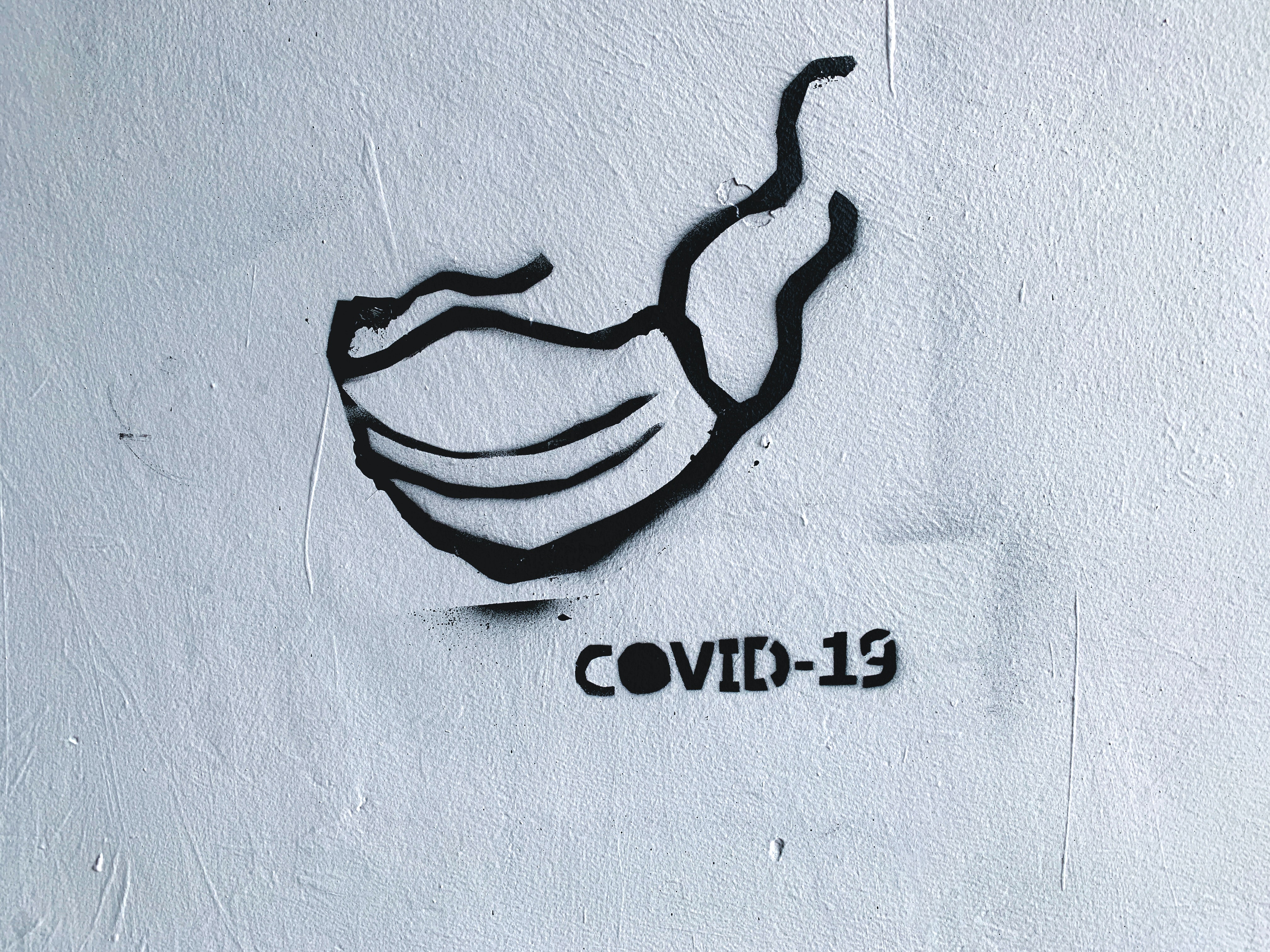 Photo by Adam Nieścioruk on Unsplash

The health and economic challenges presented by the COVID 19 pandemic are providing a powerful incentive for innovation in treatment methods, medical devices and pharmaceuticals.  Of particular interest to researchers working on potential COVID 19 diagnostics and treatments is whether their innovations are eligible for patent protection.

Most would be aware that physical devices, products and machines can be patented as long as they are novel and non-obvious.  It is less well known that methods of medical treatment and diagnostic tests are patentable in some jurisdictions but may not be in others.  Australia affords relatively broad protection for these inventions and below we contrast the position in Australia with other major markets.

In emergencies such as in a pandemic, the long lead times required for the development of a new drug can make this impractical.  Existing drugs that show effectiveness as a treatment may be the only viable option.  Fortunately, new uses of existing drugs can be patentable but there are some traps to be aware of.

Undoubtedly there will be an increase in patent application activity for inventions related to COVID 19 diagnosis and treatment.  It is likely that the patent landscape will become very crowded, very quickly.

Conducting an effective prior art search to understand if an innovation is likely to be novel and inventive (i.e. non-obvious) will be a major challenge.  Making this even more difficult is that most jurisdictions have a practice of publishing patent applications 12 months or more after initial filing.  PCT Article 21(2)(a) provides that publication of an International Patent Application normally takes place promptly after the expiration of 18 months from the priority date.

Innovators will likely seek to file patent applications as early as possible and may dispense with the usual prior art searches or at least understand the increased risk that they may not be the first inventor.

Much of the development work on COVID 19 testing has been in the development of rapid antigen-tests and molecular assays.  Antigen tests detect the presence of a specific viral antigen which implies current or previous viral infection.  Molecular assays detect the presence of the viral RNA or nucleic acids.  Rapid molecular assay testing often involves Reverse Transcription-Polymerase Chain Reaction (RT-PCR), and other nucleic acid amplification techniques.  There is also scope for the development of devices and equipment for testing such as micro-electro-mechanical systems (MEMS), lab-on-chip devices and RT-LAMP (Reverse Transcription Loop-mediated Isothermal Amplification) devices.

The patent eligibility of diagnostic methods in Australia is relatively straightforward.  The position is that diagnostic tests and methods are generally patentable in Australia.  As recently as 2019, the Australian Federal Court upheld Sequenom’s Australian patent for prenatal diagnostic testing involving a method of detecting fetal DNA in maternal blood in Sequenom,Inc. v Ariosa Diagnostics, Inc. [2019] FCA 1011 (27 June 2019).

In contrast, the position in other countries is more complex.  For example, Sequenom’s U.S. patent for the same invention was held not to be patent eligible in Ariosa Diagnostics,Inc. v. Sequenom, Inc., 788 F.3d 1371 (Fed. Cir. 2015).  In that case, the court found the patent to be ineligible as discovery of the presence of fetal DNA in maternal blood was merely a discovery of a natural phenomenon.  The application of conventional diagnostic techniques to this discovery was insufficient to render the invention eligible for a patent.

The U.S. approach is based on the decision in Mayo Collaborative Services v. Prometheus Laboratories, Inc., 566 U.S. 66 (2012) that natural laws, such as the relationship between an analyte and a disease, natural phenomena such as genes, and abstract ideas or steps such as reaching a diagnoses based on observations, are not patentable per se. The application of conventional diagnostic techniques to these discoveries does not result in an invention that is eligible for patent protection.

In Europe, the main consideration is an explicit and general exclusion from patentability of diagnostic methods practiced on the human body (Article 53(c) EPC). In practice, this exclusion can be overcome by carefully drafting the patent specification to couch the invention in patentable terms.  For example, in a decision of the European Patent Office Boards of Appeal in T 0666/05 a diagnostic test conducted outside of the human body (i.e. an in vitro diagnostic method) was found to be patent eligible.

Accordingly, if we consider developments in rapid antigen-tests and molecular assays these will typically involve obtaining sample from a human subject and conducting a test in-vitro to detect the presence of an antigen or a viral RNA or nucleic acid molecule.  As such, these will typically be eligible for patent protection in Australia and in Europe.

The position in the United States of America is not so clear and would likely depend on the precise nature of the innovation.  Careful patent drafting to claim not only the diagnostic test but also other aspects such as a bare claim to a method of measuring the analyte or claiming the diagnostic test in combination with a treatment method could be effective in achieving a degree of valid patent protection.

Patentability of Methods of Treatment of Humans

In acute cases of respiratory distress or failure, a variety of interventions such as high flow nasal oxygen (HFNO) therapy, non-invasive ventilation and mechanical ventilation have been trialled.  New designs for ventilators and are being developed to deal with problems such as side effects associated with intubation and minimising aerosolization of virus particles.

New dosage regimes involving existing drugs already known to treat an illness can also represent valuable advancements.  Such inventions could be characterised as method of treatment inventions and so the patentability of such inventions is an important consideration.

The High Court noted, however, that the activities or procedures of doctors (and other medical staff) when physically treating patients may not be eligible for patent protection on public policy grounds.

Thankfully,the position in the United States is broadly similar to Australia.

However,in Europe, as in most other countries including China, Japan and New Zealand,the general position is that methods of treatment performed on humans are not eligible for patent protection regardless of their innovative merit.

If the innovation involves the development of a new device, product or machine then this can be patented if a method involving their use cannot.

The development work on treatments for patients suffering from COVID 19 has focused on testing pharmaceuticals approved for other indications.  Immunomodulatory agents used to treat autoimmune disorders such as rheumatoid arthritis and allergies have been trialled.  Examples include the corticosteroid Dexamethasone and the monoclonal antibody Tocilizumab.  Antiviral therapies such as the broad-spectrum antiviral medication Remdesivir and the antimalarial drug Hydroxychloroquine have also been extensively trialled with limited success.

The first innovations in the pharmacological treatment of novel diseases such as COVID 19 usually involve the use of known drugs.  In time, new drugs may be developed but currently available drugs are usually tested first to determine their efficacy.  The widespread trials of corticosteroids and antivirals in the treatment of the COVID 19 are classic examples of this approach.

Novel compounds or compositions are generally patentable anywhere throughout the world, including in Australia. Also, broad patent protection is typically available in respect of the pharmaceutical substance per se and to preferred compositions.

However, follow-on innovations in relation to known drugs can be as important.  Examples include new forms of a drug with improved safety and efficacy, new formulations and dosages with improved patient outcomes and new methods of using an existing drug more safely or to treat new indications.

Such inventions are referred to as “second medical use” inventions or novel dosage regimes and the patentability of these inventions can vary between jurisdictions.

Because the compound itself is known it cannot be patented.  As such, protection of second medical use inventions can involve indirectly claiming the compound as a method of treatment using the compound.  However,these types of claims are generally only valid in Australia and in the United States of America.

For other jurisdictions, such as Europe, a different approach is required.  This can involve claiming the invention as use of the compound in the manufacture of a pharmaceutical composition for the treatment of the target disorder or disease.  These claims are referred to “swiss-type claims”.

In most jurisdictions, a key requirement of patent applications for second medical use inventions is the inclusion of some experimental data demonstrating the efficacy of the drug to treat the claimed indication.  The absence of any experimental data can give rise to a ground of rejection on the basis that the invention is not fully supported and enabled. The rationale being that the absence of this data gives rise to doubts as to the plausibility of the alleged invention.

The requirement for experimental data is not so onerous as to require evidence to the standard of a full clinical trial.  In practice, data relating to in-vitro or animal trials can be sufficient.

As for novel dosage regimes for known drugs, the European Board of Appeal in (G0002/08) held that the prohibition on patents for methods of treatment should be construed narrowly.  To this end, it decided that novel dosage regimes can be patentable in Europe if it can be shown that there is an unexpected technical effect associated with the novel feature.

Accordingly, if we consider discoveries in the effectiveness of existing drugs, combination therapies or novel dosage regimes in the treatment of COVID 19 then it is possible to obtain some level of valid patent protection.  At least some trial data should be included in the patent application that supports the plausibility of the invention in treating the disease.

Keep in Mind the Nuances

By and large, most innovations that could arise relating to the diagnosis and treatment of COVID 19 will be eligible for some degree of patent protection.

Protection of novel and non-obvious devices and equipment should encounter no major obstacles.

However, careful consideration of the nuances between jurisdictions will be required,particularly for diagnostic tests and for methods of medical treatment including novel dosage regimes.  Below is a summary of the patent eligibility of the above types of inventions in some notable jurisdictions:

If you would like more information about the patentability of medical devices and diagnostics or novel therapies for the treatment of any diseases then please contact Daniel McKinley.