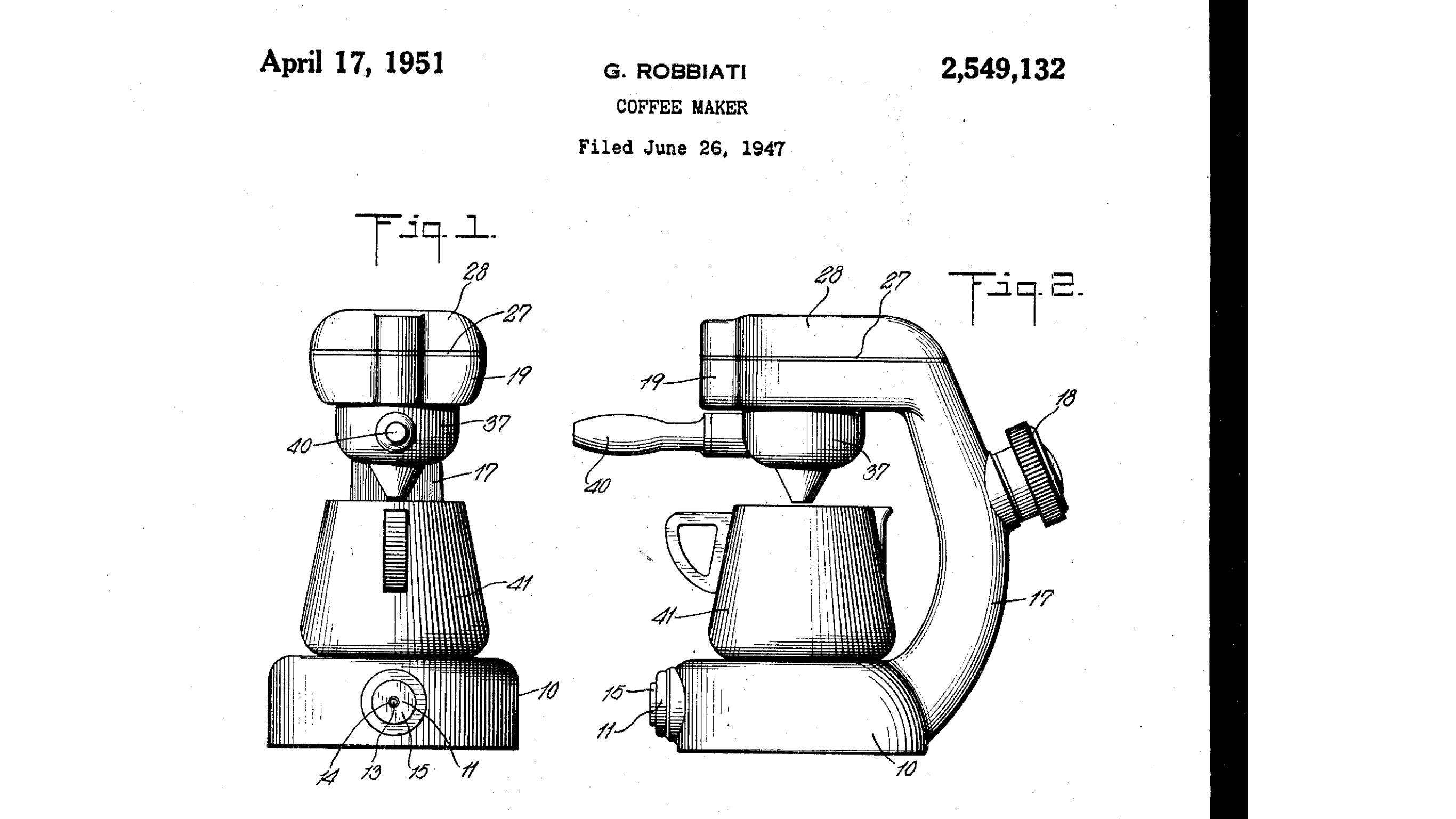 Australia arguably has the world’s most advanced café culture.  It is the birthplace of the flat white (although some New Zealanders would challenge that claim see Flat White) and home to many passionate coffee consumers.

If you know an Australian coffee connoisseur, chances are that you will have encountered the beautiful and shapely ATOMIC coffee maker proudly on display as a well used coffee machine and / or sculptural object. The ATOMIC Coffee Maker was designed by Giordano Robbiati in 1946 in Milan, Italy. It is highly distinctive and represents everything cool and timeless about Italian design. Form and function.

Reflecting its innovation, the ATOMIC coffee maker was originally the subject of patent protection with patents in the United Kingdom, the United States of America and various European countries.

Intellectual property issues associated with the ATOMIC coffee maker, continue to live on over 70 years after the original design, with a 2019 trade mark decision of the Australian Federal Court Notaras v Barcelona Pty Limited [2019] FCA 4 (10 January 2019).

The trade mark is endorsed with a geographical limitation to the State of Western Australia. The appeal deals with grounds of opposition under sections 44, 58 and 60 of the Trade Marks Act 1995 (Cth). Ms Notaras owned prior trade mark registrations covering non-electric coffee making machines in class 21 for ATOMIC word mark the following logo:

The Respondent, Barcelona, had operated a café in South Perth, Western Australia under the brand name ATOMIC since September 2005.  Mr Michele De Marte of the Barcelona business became aware of the ATOMIC brand of stove top coffee maker prior to opening this café and acknowledged that the choice of the ATOMIC name in 2004 was influenced by the 1940s Italian designed Atomic stove top coffee machine together with the 1940s “Atomic age design era concept”, spanning the 1940s to 1960s, as well as 1940s European café atmosphere.  However, Mr De Marte only became aware of the sale in Australia by Bon Trading of the ATOMIC coffee machines some several years after the café opening when he happened to walk past the Bon Trading shopfront in Woollahra, Sydney and saw an ATOMIC coffee maker in the front window.

Robertson J accepted most of the evidence of Mr De Marte for Barcelona and significantly that the choice of brand name was inspired by the Italian ATOMIC coffee machine, but it innocently commenced using the ATOMIC trade mark unaware of Ms Notaras’ rights in the ATOMIC mark.

The section 58 ownership ground of opposition failed.  Robertson J found that the supply of a small, free sample of ground coffee with instructions booklets for the ATOMIC coffee machines was solely to illustrate the grind of coffee required for those machines and not for the purpose of trade in coffee.  However, the sale of coffee in half pound cans by Bon Trading was trade mark use of ATOMIC. However, this was historical use and Ms Notaras did not have any intention to supply ground coffee to consumers between the early 1970s and April 2015. Robertson J inferred an intention to abandon the ATOMIC trade mark for ground coffee. Consequently, it was unnecessary to consider whether honest concurrent use provides an exception to the section 58 ownership ground of opposition.

The section 44 ground also failed.  Although there is some minor overlap of trade channels, Robertson J did not consider any of Barcelona’s goods were similar to the coffee machines, or that any of Barcelona’s services were closely related to coffee machines. If he is wrong in this respect, his Honour considered Barcelona had established honest concurrent use in relation to the class 21 and 30 goods and class 35 and 43 services. In addition, his Honour accepted inconvenience and cost to Barcelona of any rebranding and that use by Barcelona of the ATOMIC trade mark in Western Australia has not caused inconvenience to Ms Notaras.

The section 60 ground also failed. The evidence of Ms Notaras was sufficient to demonstrate her ATOMIC trade mark had acquired a reputation confined to coffee machines, including in Western Australia, as at 8 April 2015.  Robertson J accepted Ms Notaras’ characterisation of the relevant public. The Atomic coffee machine was a specialised product and that a significant number of persons interested in coffee machines knew the ATOMIC branded coffee machine. However, his Honour considered that, given the differences in the respective goods and services, there is not likely to be a real risk of deception or confusion.  Relevantly, the present retail price of an Atomic coffee machine is high (AU$575) compared with the much lower retail price of bags of coffee beans, cups of coffee and food.  Also, the geographical limitation to Western Australia, where there is and has historically been a very limited number of sales of ATOMIC branded coffee machines by Ms Notaras, further minimises the likelihood that consumers will be deceived or confused.  His Honour considered that the absence of any evidence of confusion is telling.

As a brand owner, ensure you have broad trade mark protection for goods and services of interest.

Police the market online to identify any third party use of your brand to ensure that third parties do not ultimately accumulate rights through use.