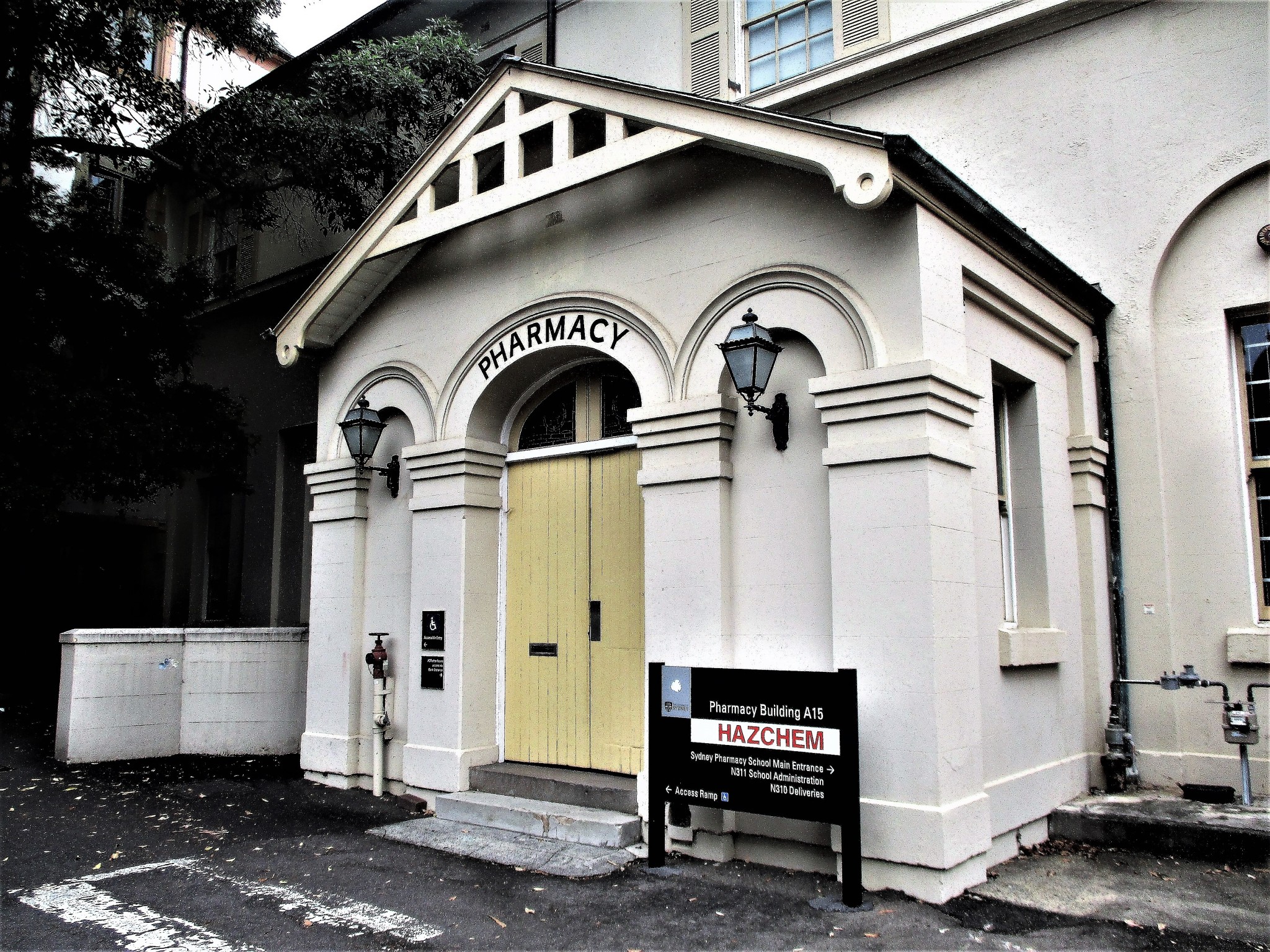 In practice, this provision requires that the complete specification must provide sufficient information to enable the skilled person to perform the invention over the whole width of the claims, without undue burden or the need for further invention.

From its decision in Evolva SA [2017] APO 57 (14 November 2017) we know that the approach of the Patent Office is to assess enablement by reference to “plausibility” and "undue burden”.  That is, having construed the scope of the invention defined in the claims and also having construed the disclosure of the specification, the proper enquiry is to consider whether:

Is it plausible that the invention can be worked across the full scope of the claim?

Can the invention be performed across the full scope of the claim without undue burden?

This recent decision concerned an opposition to a pharmaceutical patent in which the Australian Patent Office applied the “plausibility” and "undue burden” test in considering the full description requirement.

Claim 1, which was the only independent claim in the specification, called for a method of treating dogs comprising administering a vaccine orally in a number of doses.  The vaccine includes “viral antigens, a bacterin, or both”.

The Hearing Officer construed claim 1 as calling for a vaccine comprising only viral antigens, only a bacterin (without any viral antigens), or both viral antigens and (one or more) bacterins.  Also, claim 1 further defined that the “viral antigens” (if present) must comprise: 1) CDV; 2) CAV-2; and 3) CPV, and must also comprise either of a) CPI or b) CCV.

The Disclosure of the Specification

The Hearing Officer construed the specification as disclosing examples of the following:

- Antibody titres to CDV antigen, CPV antigen and CAV-1 antigen in a canine in response to a vaccine administered subcutaneously in a first dose, then orally in a second and third dose (Example 1)

- Seroconversion in a canine in response to CDV, CPV and CAV-1 antigens delivered (i) both subcutaneously in a first dose, then orally in a second and third dose, or (ii) orally in all three doses (Example 2)

The Hearing Officer noted that the threshold for plausibility is low, but that there is a threshold nonetheless and mere speculation or assertion will not suffice.

One of the Opponent’s attacks on plausibility was that there was no data in Example 2 as to antibody titres.  Instead, the Example related to a seroconversion trial as a de-factor measure of protection.  The Hearing Officer accepted evidence suggesting this was acceptable as a measure of effectiveness of a vaccine in stimulating the immune system.  Although such evidence may not be definitive as to actual effectiveness against wild type virus it was sufficient to meet the plausibility threshold.

The Opponent also attacked data in the specification showing seroconversion in 6 of 13 dogs as being inadequate to show that entirely oral vaccinations are feasible. The Hearing Officer agreed that although the data may not be optimal it at least demonstrated plausibility.

Another attack centred on the data showing results for subcutaneous dosing of the CAV-1 antigen and that this was not evidence of plausibility of the claimed invention which is for an oral dosage regime.  However, the Hearing Officer accepted that the specification disclosed other data for seroconversion using oral dosage forms and that in conjunction with the subcutaneous data the combined effect is to demonstrate plausibility for oral dosage forms only.

The opponent makes a further argument that the tested antigen was CAV-1, yet the claims (and Examples 1 and 2) relate to CAV-2.  However, the specification stated that animals vaccinated with CAV-2 generate antibodies cross-reactive with CAV-1 and as such results for CAV-1 demonstrate plausibility for CAV-2.

In yet another line of attack, the Opponent argued that the specification only provided evidence for the effectiveness of bacterins combined with CDV, CPV and CAV in an orally administered vaccination regime.  However, claim 1 includes within its scope a vaccine including bacterins alone.

Despite some evidence suggesting that some of the bacterins have been known for some time including some specific knowledge of the delivery of one of the bacterins intranasally, the Hearing Officer concluded there was insufficient evidence, in the specification or elsewhere, to indicate plausibility of the B. bronchiseptica and Leptispora antigens.

Accordingly, the invention defined in claim 1 was found not to satisfy the plausibility requirement for embodiments comprising some of the with respect to the CPI, CCV, B. bronchiseptica and Leptispora antigens.

The opponent asserted the patent specification failed the undue burden part of the full description requirement because the skilled person would need to undertake a research program to carry the invention out across its scope.  In particular to understand the effectiveness of all of the multitude of combinations of viral antigens and bacterins within the scope of claim 1.

The Hearing Officer concluded that the evidence supported a conclusion that the proof of concept was demonstrated for oral vaccination with CDV, CPV and CAV-1(CAV-2) antigens.  The fact that some further optimisation may be required with respect to dosages would not present an undue burden on the skilled person.

The hearing office concluded that embodiments of the claimed invention including CPI, CCV, B. bronchiseptica and Leptispora antigens, did not meet full disclosure requirements of s 40(2)(a) of the Patents Act either because these embodiments were implausible or presented an undue burden or both.

The Opponent also challenged the validity of the claims for lack of support pursuant to section 40(3).  The Hearing Officer determined that the technical contribution disclosed in the description of the specification was a method of treating a dog for canine disease comprising administering to the dog therapeutically effective amounts of vaccine, wherein the vaccine comprises CDV, CAV-1(CAV-2) and CPV, and wherein the vaccine is administered subcutaneously or orally in a first dose, orally in a second dose, and orally in one or more annual doses.

Thus, any claimed embodiments calling for the vaccine to comprise either of a) CPI or b) CCV or any of the six claimed bacterins, namely: 1) Leptospira canicola; 2) L. grippotyphosa; 3) L. icterohaemorrhagiae; 4) L. Pomona; 5) L. bratislava; and 6) Bordetella bronchiseptica, were not supported by the specification.

The Hearing Officer accepted that the support requirement “does not universally require “demonstration” by experimental data or testing across the full breadth of the claims”.  However, in this instance the specification is silent with regards to any data to support whether the antigens other than CDV, CAV-1(CAV-2) and CPV, or any of the bacterins, would be able to effectively treat a canine using the defined oral vaccination regime.

The Hearing Officer concluded that to the extent that claim 1 defines CPI, CCV or any of the defined bacterin antigens, it was broader than the applicant’s technical contribution to the art and so did not satisfy the support requirement.

The Hearing Officer suggested that the grounds of objection under s. 40(2)(a) and s. 40(3) could be overcome with a narrowing amendment of the claims.  A specific amendment was not suggested but presumably the amendment would involve exclusion of the inadequately disclosed or supported antigens, namely the CPI and CCV antigens and all of the six claimed bacterins.

There is typically a great deal of overlap between the assessment of full description (i.e. enablement) and support when it comes to pharmaceutical patents.  Each embodiment that is within the scope of the claims must either be supported with data directly or must be a reasonable (i.e. plausible) extrapolation of the embodiments whose effectiveness is directly supported in the specification with data.

The support requirement will usually be more of a concern than full disclosure.  If a claimed embodiment is found not to be fully described then it will most likely also be found not to be supported.

However, the decision of the Patent Office in Boehringer Ingelheim Animal Health USA Inc. v Zoetis Services LLC [2022] APO 42 (23 June 2022) exemplifies how claimed embodiments may be found to satisfy the full disclosure threshold (i.e. plausibility and undue burden) yet fail to satisfy the support requirement.

For more information about how the full disclosure and support requirements apply to pharmaceutical patents then please contact Daniel McKinley.