Get your evidence in order | Evidence in Patent Oppositions 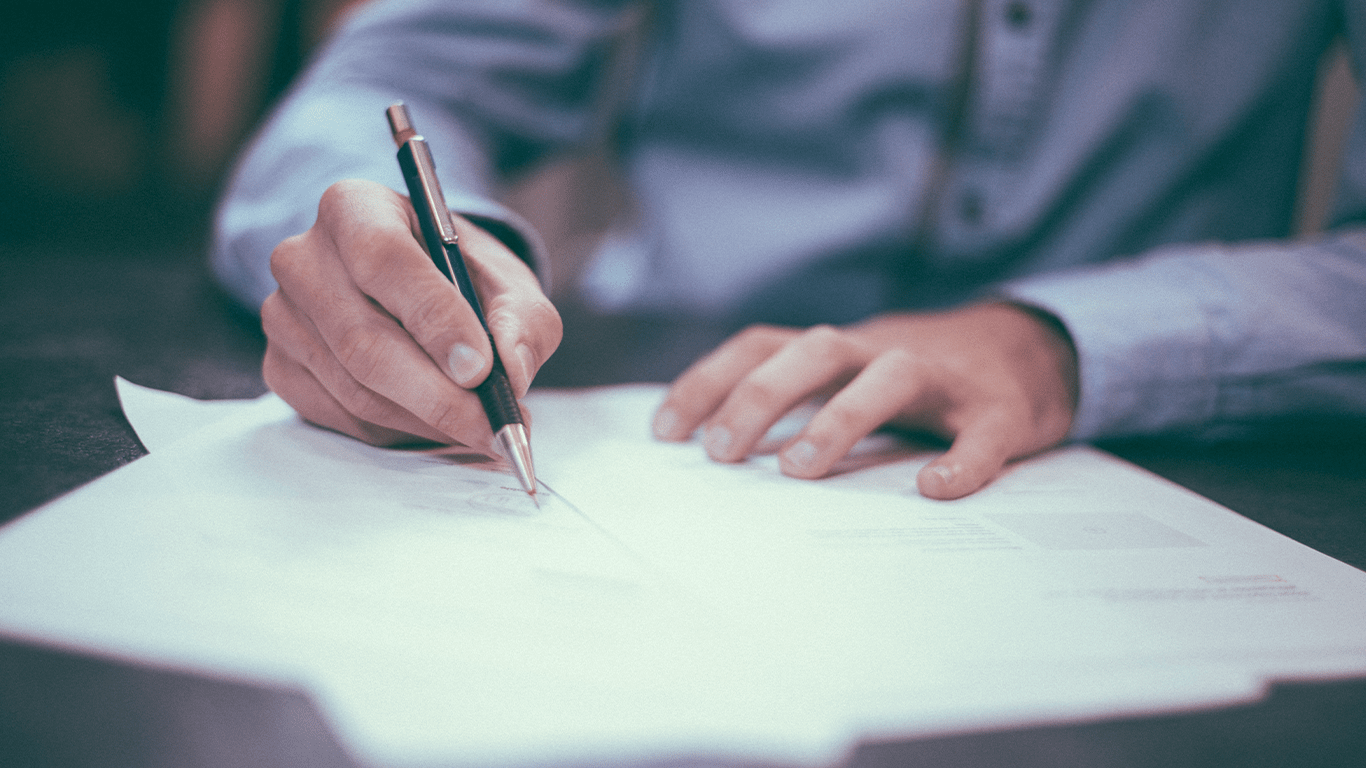 Photo by Helloquence on Unsplash

Evidence in patent opposition proceedings in Australia must be prepared and served with the Patent Office within tight and unrelenting timeframes.  With such tight time constraints, it can be tempting to get evidence from less than ideal witnesses.  The recent decision in Kerry Chrysiliou v B. Braun Melsungen AG [2016] APO 25 (5 May 2016) illustrates the weight that will be given to expert evidence versus non-expert evidence as well as corroborated versus uncorroborated evidence of prior public use in patent opposition proceedings before the Australian Patent Office.

This decision of the Australian Patent office related to an opposition to an Australian Patent Application for an invention relating to needle safety assemblies and safety intravenous catheters in which the needle tip is automatically covered after withdrawal from a patient to prevent needle stick injuries.

B.Braun filed the patent application which was opposed by Kerry Chrysiliou, an Australian Patent Attorney.  Both parties submitted evidence in the opposition which completed on 14 September 2015.

The opponent sought to oppose the application on a number of grounds including that the claimed invention was not novel and did not involve an inventive step and that the specification did not describe the invention fully and that the claims lacked fair basis and were unclear.  The opponent’s evidence in support consisted of a declaration by Ms Michelle Di Sciascio as well as two additional declarations by Kerry Chrysiliou.

The patent applicant filed evidence in answer in the form of two declarations from Mr William Samuel Hunter.  His first declaration set out information regarding the common general knowledge of the person skilled in the art and his second declaration sought to establish why the claimed invention was novel over the prior art relied upon by the opponent as well as some other evidence as to the disclosure of the invention contained in the specification and in relation to priority.

The opponent subsequently filed evidence in reply in the form of a declaration from Mr Girdhari Lal Sharma and two further declarations from Ms Chrysiliou.  Mr Sharma’s evidence sought to establish his familiarity with safety needles and catheters as well as some allegedly common features of needles and intravenous catheters.  Ms Chrysiliou’s further declarations sought to provide further commentary in relation to the lack of novelty of the claimed invention despite the evidence of Mr Hunter as well as evidence in relation to sufficiency.  Her evidence also sought to establish that Mr Hunter was not an appropriate person skilled in the art given his history of being named an inventor in many previous patent applications and for his role in providing expert evidence in previous Federal Court Proceedings.

The opponent submitted that her evidence was properly evidence in reply on the basis of three topics in Mr Hunter’s evidence. The first topic related to Mr Hunter’s interpretation of the prior art in that it did not disclose a close fit ratio feature which was claimed in one of the claims (claim 9) of the patent application.  The prior art generally referred to the profile of the bore being adapted to the outer profile of the needle.  Mr Sharma stated in his evidence in reply that, in his experience with safety intravenous catheters, he understood this to mean that the inside bore diameter and the outside needle diameter were in conformity with each other. In other words, the bore diameter was neither too big nor too small with respect to the needle diameter. Mr Sharma went on to explain the problems if the bore diameter were too big or too small and presented evidence of the various sized safety intravenous catheters produced by his company together with listed dimensions of their internal bore and external needle diameters.  Ms Chrysiliou’s evidence about the problems of mismatches in size appeared to expand upon Mr Sharma’s points. It would seem the experience of Mr Sharma in this field has guided his interpretation of references to adaptations to the outer profile of the needle. Mr Hunter presented a specific view of his understanding of the claimed bore and needle diameter relationship. The hearing officer concluded that the evidence of both of the opponent’s declarants Mr Sharma and Ms Chrysiliou was generally responsive to Mr Hunter’s evidence on this point.

The second topic related to a question of the construction of a claimed feature of the patent application, namely a side port on the catheter hub.  Mr Hunter argued in his evidence for a construction that would distinguish from the prior art whereas Mr Sharma’s evidence sought to argue to the contrary.  The hearing officer concluded that this evidence of Mr Sharma was clearly evidence in reply.

There was some contention as to the weight that ought to be given to the evidence provided on behalf of both parties.  The opponent Ms Chrysiliou acknowledged that she was not a person skilled in the art in the sense set out in Root Quality Pty Ltd v Root Control Technologies Pty Ltd, [2000] FCA 980.  Nevertheless, she argued that her extensive knowledge of the prior art landscape accumulated in the 2 years preceding the hearing qualified her to give evidence in relation to the opposition.

The patent applicant argued that Ms Chrysiliou was not an independent expert as she was the opponent, declarant and attorney whereas Mr Hunter was independent and had no interest in the outcome.  As such, it was argued that Ms Chrysilious’s evidence should be give less weight and Mr Hunter’s more weight. The applicant noted several patent applications in the opponent’s list of prior art that related to medical devices and that listed Mr Hunter as an inventor thus suggesting that Mr Hunter was clearly a relevant person skilled in the art.

The hearing officer concluded that on balance, Mr Hunter’s evidence should be preferred where it contradicts with the evidence of Ms Chrysiliou.

Corroborating evidence of prior use

In relation to the substantive grounds of opposition, the hearing officer found the claims of the patent application to be novel in view of the published prior art documents relied upon by the opponent.  The opponent also cited instances of prior use in attacking the novelty of the claimed invention.  The hearing officer recited various authorities for the proposition that evidence of prior use should be corroborated with other evidence otherwise it should be scrutinised with care.  Furthermore, the nature of such prior use must be sufficient to establish that there has been an “enabling disclosure” and that merely making the product publicly available may not be a novelty destroying prior use.

Evidence of one of the witness for the Opponent, Ms Sciascio, was that samples of a catheter referred to as Catheter B were distributed at an exhibition and that this amounted to a prior public use of Catheter B relevant to the novelty of the claimed invention.  The hearing officer concluded that the lack of any corroborating evidence that such distribution of samples took place, such as evidence from recipients of samples or evidence from colleagues of Ms Sciascio, meant that prior public use had not been established.  The hearing officer also found that Catheter B did not exhibit all of the features of the claimed invention.  Nevertheless, the hearing officer also stated that as the function of Catheter B could clearly be ascertained upon close inspection without the need to disassemble the product meant that, had there been corroborating evidence of the distribution of samples and had Catheter B exhibited all of the claimed features, the hearing officer would have found there to have been an enabling disclosure.

As for the remaining grounds of opposition pleaded by the opponent, namely full description, fair basis and clarity, the opponent failed on these grounds as well.

The hearing officer provided some useful guidance that builds upon the recent authority in Damorgold Pty Ltd v JAI Products Pty Ltd [2015] FCAFC 31 regarding evidence of prior public use for the purposes of assessing novelty. Unless evidence of prior public use is corroborated then it is at risk of being disregarded unless, for some other reason, the evidence is prima facie credible.  Furthermore, if the entire nature of the claimed invention can be gleaned from a close inspection of a product embodying the invention without any need to dismantle the product then the mere showing or use of the product in public may qualify as an enabling disclosure and, therefore, relevant to the novelty of the claimed invention.