Grace period of non-use in Australia and New Zealand. Is shorter better? 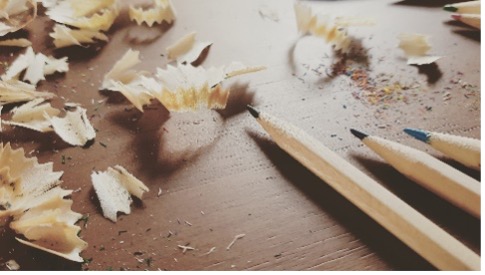 Photo by Nicolas Picard on Unsplash

Three years have passed since our article featuring the 2019 trade mark reform that set up a new regime for the non-use grace periods in Australia under the Trade Marks Act 1995(Cth) (TMA).

The rationale behind this reform was to avoid the risk of cluttering the trade mark register in Australia with unused trade marks.

This risk is exacerbated by two main figures including the strong growth of the number of trade mark registrations in the past decades in conjunction with the fall of the first renewal rate of trade marks since the 80’s. This suggests that the Australian register is cluttered by an increasing number of trade marks not in use which remain on the register during their first ten years and may be blocking other applications.

These trends contributed to the recommendation from IP Australia to reduce the grace period before new registrations can be challenged for non-use. The statutory period of immunity is now 3 years in Australia and New Zealand, while it remains 5 years in the European Union, and clearly differs from the use-based trade mark systems applicable in the United States of America.

Furthermore, Australia clearly distinguishes the grace period, during which a non‑use application on the ground mentioned in paragraph 92(4)(b) cannot be made against an Australian Trade Mark Registration and the relevant period of use, which is the time frame during which the trade mark owner has to demonstrate genuine use of its trade mark in order to defend the registration against attacks based on non-use.

The grace period of protection against removal application for non-use

The grace period is 3 years starting from the date the particulars of the trade mark were entered in the Register. Depending on the potential obstacles to registration encountered by the trade mark application (such as citation, objection, provisional refusal of registration, etc.) this date can be quite distant from the filing date, i.e. from a few months up to several years. In other words, the grace period only starts running when the trade mark is fully registered.

The Relevant period of use

The Relevant period of use is a 3-year period calculated backwards and starting one month before the application for removal for non-use against a trade mark application in Australia.

This short 3-year period is crucial to demonstrate the use of the trade mark and successfully oppose an application for removal for non-use. However, the circumstances happening outside of this timeframe might be relevant for the case. See our dedicated article explaining the discretion of the registrar to preserve a registration.

The two-year reduction of the statutory period of immunity from removal by the 2019 trade mark reform is beneficial for trade mark applicants in Australia and the public because this will reduce the number of non-used trade marks remaining on the register.

The effects of the reform are progressively replacing the former system in Australia. This transition creates a curious situation where the trade marks filed shortly before 24 February 2019 are still protected by the former immunity period of 5 years until 2024 while the trade marks from that date onwards are now progressively vulnerable to an application for removal for non-use depending on their date of entry in the Register after the application.

The next few months will tell if the reform concretely achieved its purpose of regulating the Register by allowing more applications for removal for non-use of registered trade marks.

We can only encourage trade mark owners to start using their trade mark before the end of the immunity period, in order to maintain their trade mark in the Register, if they have not done so (see our article Trade Mark article Use it or lose it).

For further information on how to defend your trade marks in Australia, please contact Quentin Dequiret