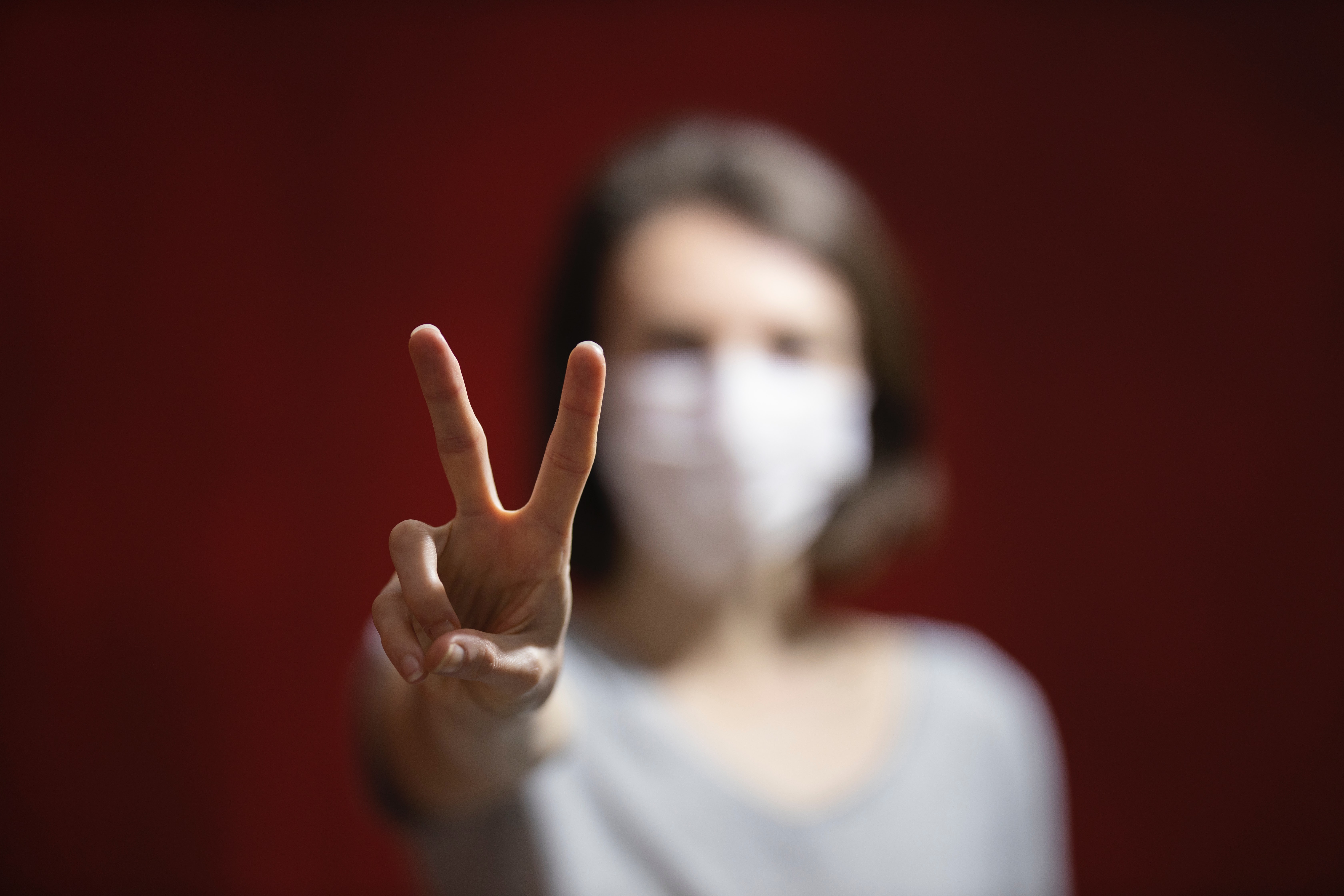 Photo by engin akyurt on Unsplash

Once a Trade mark is registered in Australia, the only options for challenging registration of a trade mark are if registration is revoked by the Registrar of Trade Marks or to seek rectification.

Rectification enables an applicant to seek cancellation of a registration on any of the grounds on which the registration of the trade mark could have been opposed.  Because rectification involves an application to the Federal Court it is considerably more expensive than opposition proceedings before the Trade Marks Office.

Therefore, if the Registrar can be persuaded to exercise the power revoke registration, it is much simpler and more cost effective than rectification proceedings.

A recent decision of the Australian Trade Marks Office in Optimed Technologies Pty Ltd [2020] ATMO 126 tested the Trade Mark Registrar’s power to revoke, based on prior trade mark rights, with an interesting outcome when the trade mark owner’s rights are considered in the mix.

It is not widely known that Section 84A of the Trade Marks Act 1995 (Cth) (the TMA) provides a power to the Registrar to revoke a trade mark registration that it considers has been wrongly registered.  Despite the fact that the trade mark owner may have filed a trade mark application in good faith, paid all of the required fees, passed examination before the Trade Marks Office and received no third party opposition during the relevant period after acceptance, the Registrar can still decide to revoke a trade mark up to 12 months after registration.

The Explanatory Memorandum to the Intellectual Property Laws Amendment Bill 2006 makes it clear that the Registrar’s power to revoke under section 84A is intended to address errors or omissions on the part of the Registrar and not as a substitute for third party opposition or revocation proceedings.

Optimed Technologies Pty Ltd [2020] ATMO 126 (27 July 2020) is a decision of a Hearing Officer of the Trade Marks Office that considered the Registrar’s power to revoke a trade mark registration under Section 84A of the TMA.  Gestalt Law represented the owner of the Trade Mark and was successful in having the decision of the Registrar to revoke registration overturned.

The Background and Facts

Optimed Technologies Pty Ltd filed an application to register OPTIMED on 7 August 2018 and the application was accepted for registration on 19 February 2019. It was subsequently registered on 1 May 2019 for services in class 35, including the retail, wholesale and distribution of medical and pharmaceutical related products.

On 25 September 2019, a delegate of the Registrar issued a notice of proposal to revoke registration and acceptance.  The basis for the proposal to revoke was that the trade mark was substantially identical or deceptively similar to earlier trade marks nos. 1056792 for OptiMed and 1704437 for OPTIMED & Device, both registered in relation to medical instruments in class 10.  The delegate considered that a section 44 objection should have been raised on the basis that the trade marks are substantially identical or deceptively similar and that the respective goods and services are closely related.

Gestalt Law, who represent Optimed Technologies, filed a written response on 23 October 2019.  The delegate of the Registrar responded on 9 December 2019 upholding the intention to revoke but withdrawing one of the citations.

The delegate suggested that the trade mark OPTIMED is substantially identical to OptiMed, which was the subject of trade mark no. 1056792, and that for the purposes of section 44, the essential comparison can be distilled down to a comparison of specific services in class 35 and specific goods in class 10.

Optimed Technologies requested a hearing, represented by Gestalt Law, and fortunately for Optimed Technologies the decision to revoke registration was overturned.  Somewhat surprisingly, however, the Hearing Officer’s decision did not turn on whether the respective goods and services are closely related.  Instead, and as appears to be the case in a number of Section 84A decisions, the outcome depended on a combination of factors that the Registrar must take into account in deciding to exercise its discretion.

Michael Hleis, the Managing Director of Optimed Technologies provided a declaration setting out evidence relating to Optimed Technologies’ use of OPTIMED as a trade mark and the healthcare and medical devices industry in Australia.  The evidence also emphasised the highly regulated nature of goods and services supplied to the industry under the Therapeutic Goods Act 1989 (the TGA) and the Australian Register of Therapeutic Goods (the ARTG).

“The Registrant’s Services are essentially the import, export, supply, and distribution of medical, surgical, and pharmaceutical products. The Cited Goods are essentially medical and surgical instruments and apparatus.  Notwithstanding submissions that the customers for the respective services and goods are sophisticated and potentially extremely careful in their purchases, given that the trade marks are substantially identical I consider it is still likely for the market to expect the nominated goods and services to come from the same source.” (para 24)

Nevertheless, Section 44(3) provides that a citation can be overcome if it can be demonstrated that there has been honest concurrent use of the trade mark.  On this issue, the Hearing Officer noted from the authority in McCormick & Co v McCormick [2000] FCA 1335 at [30]:

“The main factors to be considered in assessing an applicant's case are:

the honesty of the concurrent use;

extent of the use in duration, area and volume;

the degree of confusion likely to ensue;

whether any instances of confusion have in fact been proved; and

the relative inconvenience which would be caused to the parties by the allowance or denial of registration.”

In this case, evidence of the honest adoption and subsequent use of the trade mark OPTIMED by Optimed Technologies appears to have been critical in the Hearing Officer’s determination.

On the issue of whether it would be reasonable to revoke the registration, taking account of all the circumstances, the Hearing Officer highlighted a number of factors:

“In exercising the discretion, I have considered:

The evidence of the Registrant’s use of the Trade Mark since 2014;

The evidence of the Registrant’s honest adoption of its name and desire to register its name as a trade mark;

Prejudice to the business that would result from a requirement to change its name including potentially jeopardising various contractual commitments and needing to amend all of its ARTG and National Product catalogue listings and notify all of its customers and its suppliers with whom it has distribution agreements;

The strict regulatory regime imposed by the TGA that would, in practice, reduce the likelihood of confusion in the relevant industry;

The low likelihood of confusion as evidenced by the lack of any instances of confusion between the owner of the earlier trade mark and the Registrant.” (para 37)

The Hearing Officer goes on to conclude that:

“These considerations, along with my finding that it was reasonable to accept the Trade Mark for registration, satisfy me that in all the circumstances it would not be reasonable to revoke the Trade mark.”

The Hearing Officer’s decision not to revoke registration in this particular case relied, to a significant extent on Section 44(3) honest concurrent use.  However, other circumstances were also relevant such as the prejudice that would be suffered by Optimed Technologies from the prospect of having to change its name and the strict regulation of medical devices that would, in practice, reduce the likelihood of confusion in the relevant industry.

The Hearing Officer affirmed the proposition that the Registrar’s power to revoke registration of a trade mark under Section 84A should not be invoked lightly.

The Explanatory Memorandum states that revocation of registration is intended to address errors or omissions on the part of the Registrar and is not a substitute for third party opposition or revocation proceedings.

However, the exercise of the power goes beyond the correction of a mistake.  If the Registrar does decide to exercise the discretion to revoke registration, the matter is effectively dealt with on a de novo basis.  Any ground of rejection available during examination, including prior conflicting trade marks under section 44, is fair game.

In Section 84A revocation cases, the trade mark owner is well advised to provide as much evidence as possible in relation to other circumstances that the Registrar is required to take into account that might not be considered during examination.  This includes evidence of honest concurrent use, evidence suggesting that, as a practical matter, confusion is unlikely or evidence of prejudice to the business of the owner of the trade mark registration that would result if the trade mark registration were to be revoked.

If you have any questions about this decision or any other matters please contact daniel@gestalt.law