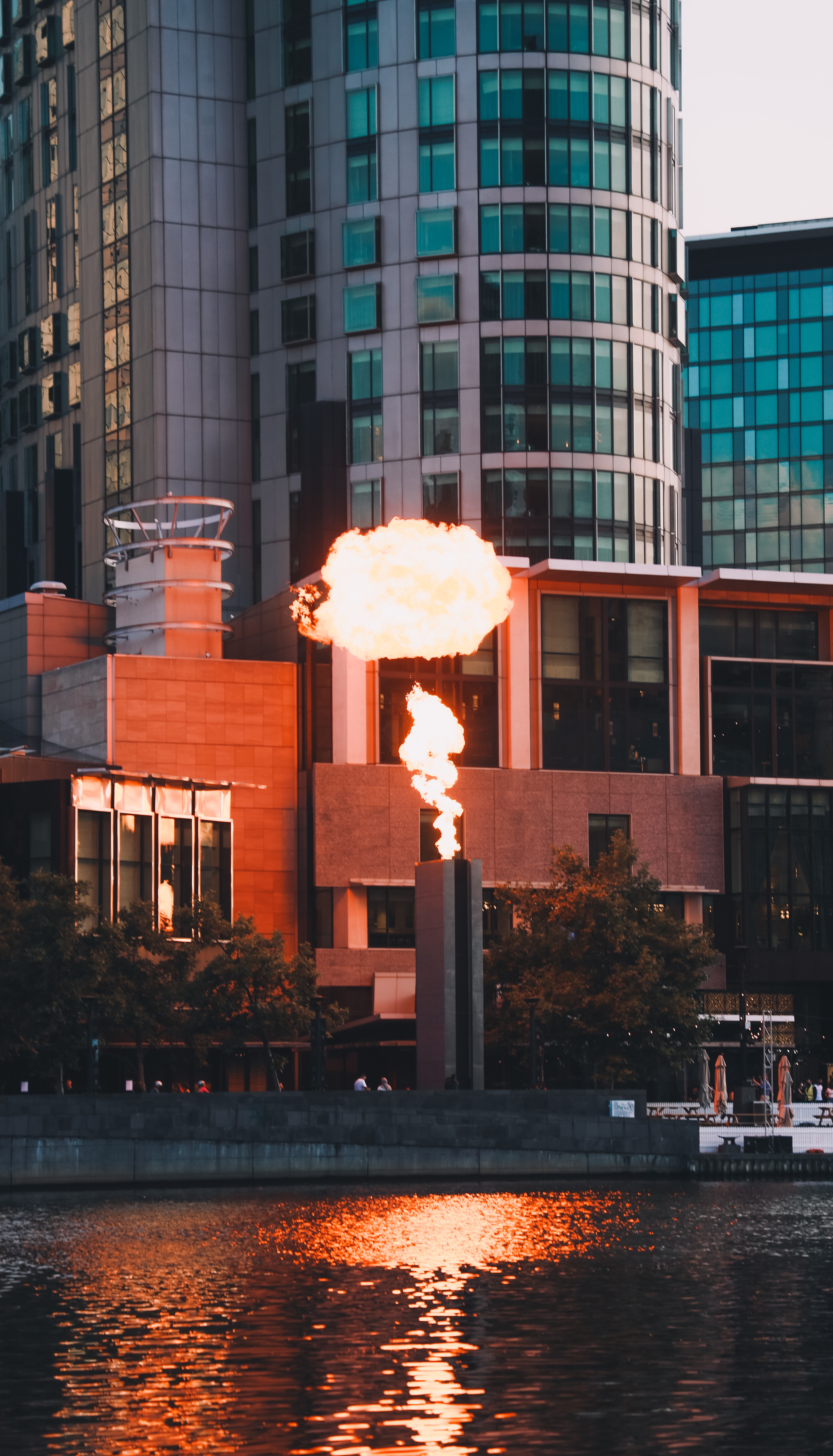 It has long been the case under the Australian patent system that mere business schemes, and abstract ideas or information have not been regarded as a ‘manner of manufacture’ and are therefore not subject matter that is eligible for a patent. Such inventions, even if implemented in a computer environment, may still be ineligible as the ‘substance’ of the invention remains the ineligible scheme or abstract idea and if the computer implementation is merely ‘generic’ or conventional.

However, there has been a lot of debate in recent years, as there has been in other countries, as to where the line is drawn between patent eligible and ineligible computer implemented inventions.

On 19 November 2021, the Full Federal Court of Australia issued a decision in Commissioner of Patents v Aristocrat Technologies Australia Pty Ltd [2021] FCAFC 202 which which was an appeal from a decision of a single judge, Justice Burley handed down in 2020. The Full Court's decision on the appeal provides some additional guidance in this fraught area. The Full Court's decision provides that the focus of the assessment for the patent eligibility of computer implemented inventions should be on whether the invention provides a technical solution to a technical problem, such as an advancement in computer technology such as processing or some other technical characteristic, as opposed to a solution to a non-technical problem such as a mere business method or scheme.

In doing so, the Full Court rejected the rather novel approach adopted by Justice Burley in Aristocrat Technologies Australia Pty Limited v Commissioner of Patents [2020] FCA 778 who found that computer implemented inventions involving special, single purpose machines such as an electronic gaming machines (EGM), are not unpatentable business schemes, abstract ideas or information, but rather they are inherently a ‘manner of manufacture’ and are therefore eligible for a patent.

The Decision of Justice Burley at First Instance

In considering whether an invention for an EGM comprising a new feature game was a ‘manner of manufacture', Justice Burley formulated a two stage analysis as follows:

Justice Burley went on to conclude that an electronic gaming machine, as a matter of substance, is not directed to a mere scheme or plan. Rather, the invention is directed to a “mechanism of a particular construction, the operation of which involves a combination of physical parts and software to produce a particular outcome in the form of an EGM that functions in a particular way. Accordingly, it is unnecessary to consider the second enquiry.” [95]

An outcome of Justice Burley’s decision was the suggestion that computer implemented inventions implemented in a special purposes machine such as an electronic gaming machine, or for that matter other special purpose machines, are eligible for patent protection as a matter of substance.  It is then not necessary to consider whether other features of the claimed invention may resemble an ineligible scheme or business method.

However, the decision of Justice Burley was appealed to the Full Federal Court by the Commissioner of Patents and a decision was handed down by Justices Middleton, Perram and Nicholas on 19 November 2021 in Commissioner of Patents v Aristocrat Technologies Australia Pty Ltd [2021] FCAFC 202, the decision of Justice Burley has been overturned and his novel approach to 'manner of manufacture' for computer implemented inventions has been rejected.

Their Honours reformulated the approach and suggested that the appropriate questions should be:

Nevertheless, their Honours did seem to place some emphasis on the fact that the inventive integer of the claimed invention was the feature game.  Their Honours noted that “What makes this invention different to all other kinds of EGM is that feature game which is also, incidentally, its only inventive aspect.” [54]

In concluding that the invention is, in substance, a computer implemented invention their Honours reasoned that:

Having answered part (a) of their two-part analysis in the affirmative, their Honours went on to consider the second part, namely (b) can the invention claimed broadly be described as an advance in computer technology?

Their Honours concluded that the invention did not involve an advancement in computer technology.  In reaching this conclusion, their Honours noted that:

Accordingly, their Honours concluded that the invention did not provide an advancement in computer technology and is therefore not a patentable invention.

In a separate judgement, Justice Nicholas agreed with the majority of Middleton and Perram that the primary judge had erred in not addressing the ‘computer implementation’ question.

Justice Nicholas formulated the proper analysis as first requiring an assessment of the substance of the invention, which he concluded resided in game program code embodying a computer implemented scheme or set of rules for playing game.

Having determined the substance of the invention, the question is “whether there is anything about the way in which the game code causes the EGM to operate which can be regarded as having transformed what might otherwise be regarded as purely abstract information encoded in memory into something possessing the required artificial effect.” [140]

Accordingly, Justice Nicholas’ approach focused on concepts such as “artificial effect” and “technical contribution” (e.g. an improvement in processor, memory or display technology or some other field of technology), and “transformation”.  His Honour noted that transformation in particular is “unlikely to be achieved by taking an inherently unpatentable scheme and implementing it utilising generic computer technology for its well-known and well-understood functionality that does not involve any ingenuity in the way in which the computer is utilised.” [119]

His Honour reasoned in relation to the invention that

There was some discussion in Justice Nicholas’s judgment about whether the gaming machine described and claimed might be regarded as exhibiting an “unusual technical effect” due to the way in which the computer is utilised.  His Honour seemed to leave open the door for potentially patent eligible subject matter.

As previously mentioned, the primary judge did not make any specific findings in relation to the use of configurable symbols, and whether they were capable of amounting to a technological innovation.  The fact that a game is made more interesting to players is not in itself such an effect but there may well be ways in which the computer could be utilised that adds to the attractiveness of the game through the use of unconventional technical methods or techniques which might themselves give rise to patentable subject matter

Differences between the Judge’s Approaches

The separate judgements of Middleton and Perram on the one hand and Nicholas on the other have some similarities in that they reject Justice Burley’s approach of automatically conferring patent eligibility on inventions embodied in special purpose machines incorporating a computer such as an EGM.

However, if the specification suggests that the invention is focused on non-technical subject matter or a solution to a non-technical problem such as a mere business method or scheme or, as in the present case a feature game of an EGM as a business scheme for increasing player interest and thereby increasing profit, then this points to the invention not being a ‘manner of manufacture’.

The decision of the three judges overrules Justice Burley’s two step test to determining the patent eligibility of computer implemented inventions and his approach which says that a special purpose machine or apparatus, such as an electronic gaming machine, as a matter of substance is not directed to a mere scheme or plan and is therefore eligible subject matter for a patent.

Instead, Justices Middleton and Perram posited a different test which asks:

Despite overturning the decision at first instance, the matter has been returned to Justice Burley for further consideration of other claimed subject matter in the patent directed to ‘configurable symbols’ and whether this could potentially involve a ‘manner of manufacture’.

Accordingly, the decision of the Full Court reverts to an approach in assessing computer implemented inventions and ‘manner of manufacture’ that focuses on a consideration of whether the invention provides a technical solution to a technical problem as opposed to a solution to a non-technical problem such as a mere business method or scheme, or for that matter a feature game of an EGM as a business scheme for increasing player interest.

If you would like more information about this decision and the patentability of computer implemented inventions then please contact Daniel McKinley.